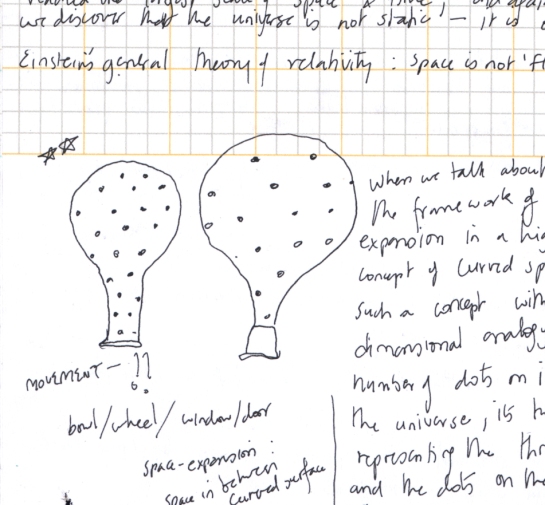 When we talk about an expanding universe in the framework of general relativity, we mean an expansion in a higher dimension. Like the concept of curved space, we can only visualise such a concept with the help of a two-dimensional analogy. Imagine a balloon with a large number of dots on its surface. The balloon represents the universe, its two-dimensional curved surface representing the three-dimensional curved space, and the dots on the surface, the galaxies in that space.

Using the distance from the galaxy and its recession velocity, Hubble’s law – one can calculate the starting point of expression – in other words – age of the universe.